Everything Electrical You Need To Know About Your Home 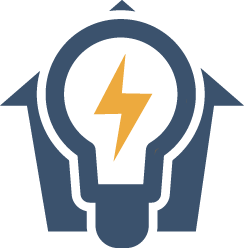 In Australia, you must be a registered electrician to make any wiring alterations at home. However, just because you cannot make the changes yourself, it does not mean that you do not need to know about your home's electrical system. Whether you want to know why your light bulbs keep blowing or you are interested in adding outdoor floodlights, you can find the information you need (and more) right here. When it comes to anything to do with your home's electricity, use the posts at this website to help you make decisions regarding changes to your home, so that when it is time to call and book an electrician, you know exactly what to ask for.

Tinkering with electrical fixtures in your home mi …

Electrical problems are not always easy to identif …

Situations That Call for an Electrician's Assistance
6 January 2022

Electric repair is not something you should delay …

Why Do You Need an Industrial Electrician To Handle Your Electrical Problems?
2 August 2021

To many people, all electricians are the same. The …

Unfortunately for the DIY enthusiast, electrical rewiring is not the kind of activity for untrained professionals. Luckily for the safety-conscious homeowner, electrical safety is one of the most important aspects that electricians are trained on.

How can one know whether the electrical system in a residential dwelling needs to be rewired? This is a common question that a large number of people often have. Here are a few signs that it is time to rewire.

The Type of Electrical Wiring

Electrical wires are usually made out of copper. However, in a large number of older dwellings, the electrical connections around the house use wires made of aluminium. One of the main problems associated with aluminium wires for electrical use is that these wires are known to be prone to overheating.

The Introduction of New Appliances

If you intend to install new electrical appliances, you might need to talk to an electrician first about upgrading the electrical wiring around the house.

Another sign that it's time for electrical rewiring is when you frequently get electric shocks whenever you touch an electrical outlet or when you are trying to connect something (e.g., a phone charger) to the outlet.